To say the UFC 239 faceoffs were intense would be an understatement to say the least. While Holm and Nunes were respectful, Santos and Jones, as well as Askren and Masvidal showed little love lost. While some fans don’t tend to like this kind of thing, I think it adds to the intrigue of fight night and should sell some more pay per views this week. One thing is for sure, each of those 4 men will put everything on the line this Saturday.

Jorge Masvidal’s trash talk is simply on another level. There have been reports all week that he is getting inside the head of opponent Ben Askren, which was especially true at Thursday’s face-off. Masvidal offered a very solid one-liner, suggesting that Askren is good for nothing except putting his face in someone’s crotch. Askren kept asking what Jorge’s problem was, but ‘Gamebred’ remained confident and in control throughout.

Barboza vs Felder Set for UFC 242

After a pretty epic first bout, Paul Felder and Edson Barboza are set to run it back in Abu Dhabi for UFC 242. This will give Felder a chance to rebound from a pivotal loss in his career and get back into contention for the Lightweight title.

Barboza also sees the advantages in a rematch, having lost 3 of his last 4 contests to some of the top names in the division. With Khabib vs Poirier already headlining this card, UFC 242 just got even stronger. 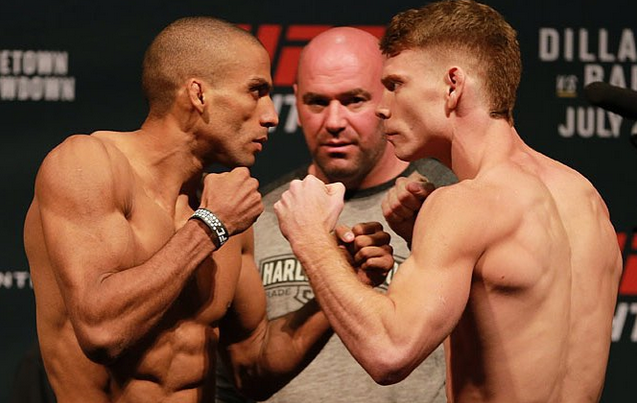