After struggling to start with, Henry Cejudo found his form as the fight progressed, knocking out Marlon Moraes in the 3rd round. The win means that Cejudo is now the UFC Bantamweight champion after TJ Dillashaw’s drug suspension. Now 15-2 in his MMA career and 9-2 in the UFC, Cejudo becomes the fourth UFC fighter to hold multiple belts at a time.

Cejudo earned the KO at 4:51 in the 3rd, landing a barrage of deadly punches and elbows. After talking a ton of smack in the week leading up to the fight, he certainly walked the walk in this one.

Ferguson Returns with a Bang

While Cejudo’s accomplishment is certainly impressive, you can argue that he was overshadowed by Tony Ferguson at the UFC 238 card. Dubbed the “People’s Main Event” Ferguson was all over Cerrone throughout, winning via TKO in the 2nd round stoppage. Cerrone admitted he made a huge mistake after the fight, saying he shouldn’t have blown out his broken nose.

This caused his right eye to shut completely, meaning he wasn’t medically cleared to return to the fight. While no-one was really happy with the ending, Ferguson showed he’s likely ready for a title shot with another dominant display.

It was billed as one of the least competitive title fights in UFC history and it definitely played out that way. Valentina Shevchenko was a huge favorite over Jessica Eye and successfully earned her first women’s flyweight defence in spectacular fashion. Her stunning left leg kick to the head was one for the ages and got quite the reaction on Twitter.

Shevchenko is now a very impressive 17-3 in her MMA career, winning 6 of her 8 UFC fights so far. She looks set for another title defence against Katelyn Chookagian, who beat Joanne Calderwood by Unanimous Decision. 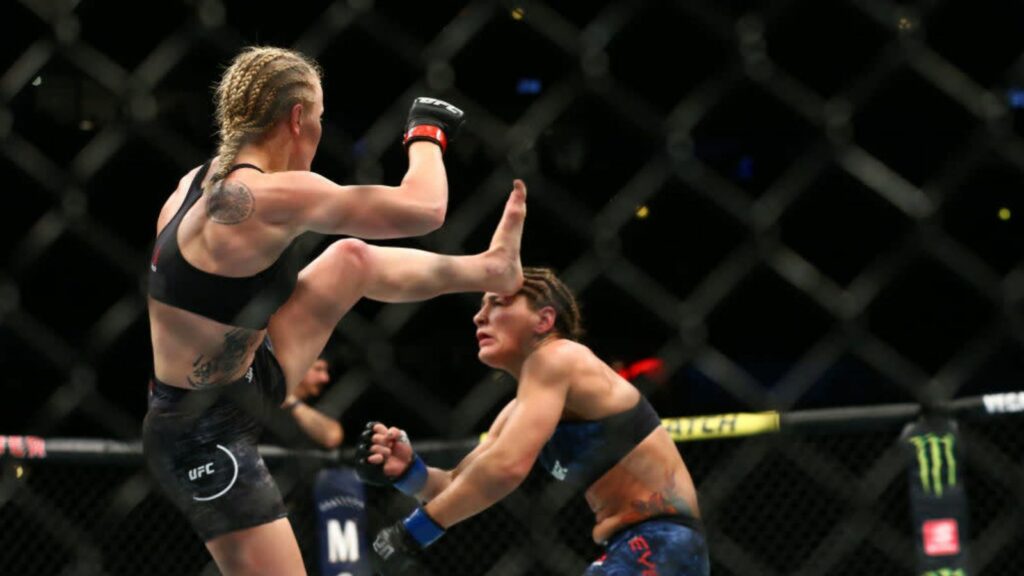