With Cris Cyborg’s UFC contract now up, she isn’t holding back in her assessment of the promotion’s most public figures. She has laid into boss Dana White and commentator Joe Rogan, accusing them of harassment and bullying. White had mocked Cyborg back in 2014, while Rogan has made crude jokes about Cyborg on his podcast and discredited her win this past weekend. It seems there’s no chance of a UFC return for Cyborg, who is likely to go to Bellator next.

Dana White has annoyed another prominent UFC fighter, this time the ‘retired’ Conor McGregor. White had claimed that McGregor couldn’t fight Welterweight Jorge Masvidal next up as he ‘isn’t big enough’. White has now come out and said that McGregor was pissed off by the comments, claiming that he’s willing to fight anybody. This could be part of a master plan by White, who knew McGregor would react this way, to set up the bout everyone wants to see.

Having started out as a UFC legend, B.J. Penn has become somewhat of a meme of late. He is on a record 7-fight losing streak, only winning once since the turn of the decade.

UFC boss Dana White announced that Penn’s last UFC fight will be against Nik Lentz at an event yet to be determined. Lets hope one of the UFC pioneers can go out on a positive note. 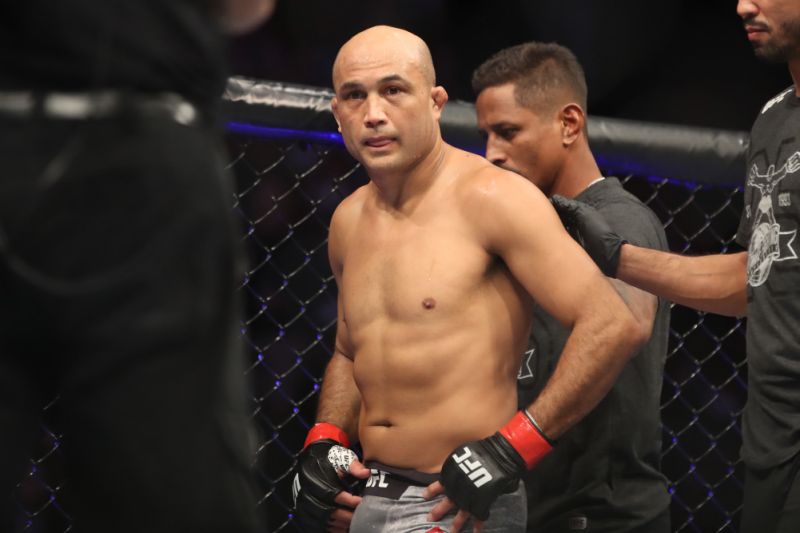